MY HISTORICAL BACKGROUND as Japanese and Asian

1. My father is an Atomic bomb survivor.

On August 6th, 1945, an Atomic bomb exploded in the center of the city called Hiroshima. The bomb killed total 160,000 people, about 47% of the entire population of Hiroshima.

At that time, my father was a seven years old, 1st-grade student in elementary school in downtown Hiroshima. At 8:15 AM, during the morning meeting, he was standing in front of the school building called Funairi Kokumin Gakkou (舟入国民学校), where is located about 2.1km (1.3 miles) from the epicenter. Suddenly, a massive bomb blast attacked the city. He was laid under the rubble which were from fallen building. He broke his back, but fortunately, he didn’t have any serious injury. However, he never told anyone what happened after that, how horrible the scenery it was, how he survived…anything.

I suppose if he were a foot left or right, he would die. And if he died at that moment, I would not be born on earth. I wouldn’t meet my wife. And no one would see my precious four children.

2. My mother is a China-born Japanese. 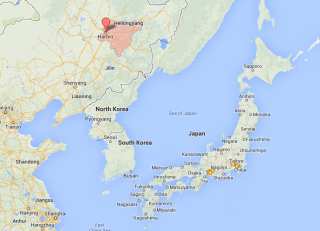 In May 24th, 1944, my mother was born in Harbin, the northeastern part of China. It was the time during the Second World War, and the Empire of Japan occupied many parts of Chinese land. My grandfather and his family were sent to live and work in Harbin. He worked as a locomotive engineer. After Japan’s surrender, Japanese people left the mainland China and fled back to Japan, because the Soviet Union invaded China. Unfortunately, many people couldn’t go back to Japan due to chaotic situation and aftermath of the war.

My grandfather said, the soldiers came and found my mother, being laid on the table. But they didn’t kill her or kidnap her. Eventually, they left.

After all, my mother was safe, and her family was safe as well. After a while, they safely came back to Sapporo, where is their hometown.

I don’t know much about my mother’s birth in China. But, the fact she was born in Harbin and came back to Japan connects me a special relationship between Japan and China. She was born in China because of war. Her family is originally from Hokkaido, and they moved to China because of war, then came back to Japan after the war. The war connected my mother’s life and my life.

3. My experiences in the Philippines impacted my global missions perspective.

In 1999, I visited the Philippines as a short-term mission trip. This was my first overseas experience and this experience opened my perspective for the global missions.

While I saw many amazing things God has done, I also found many scars and wounds Japanese military made in the Philippines over 70 years ago. One day we met an old man in the graveyard in Manilla. He shared us how Japanese soldiers acted badly, killing innocent civilians. For example, he told us that Japanese soldier threw up babies and killed them with a bayonet. People in the Philippines still struggle and being hurt by the Japanese, even after 70 years of the war. 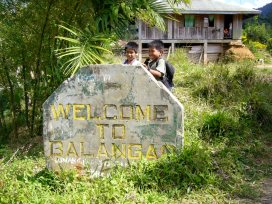 Another story. I saw one interesting thing in the village called Balangao, Mountain Province. People in Balangao used to be the tribe of a headhunter, invoke and worship the evil spirits. One day, a female Wycliffe missionary came to Balangao. She started to live in the village and translated the Bible. After a couple of years, people begun to turn from worshipping evil spirits to worship true God. Now, Balangao is one of the most evangelized tribes in the Philippines.

I had an interesting experience in Balangao. 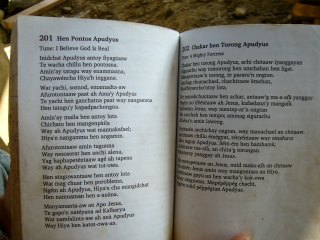 I met one old Christian couple who were about 80s. After they had realized that we are Japanese, they started to share their experience during the Pacific war. They said that one day Japanese military people settled Balangao and ruled the area. Strangely, these Japanese people were very kind and gentlemen, and they took care of them well. When the war ended, thy cried and bowed down to the people in Balangao, and eventually, they left the village. The couple remembered some Japanese words and sung some Japanese military songs to us, and even remembered Japanese national anthem.

It was a peculiar experience to see and hear about Japanese soldiers in the Philippines, either they acted badly or well. These witnesses always challenged me to think what is like to be a Japanese Christian: How should we see global missions as Japanese, seeing their history. As Japanese, it is impossible to deny the fact and think global missions. How can we make a reconciliation with those who are wounded? How can we restore the relationship in Christ?

4. My experience in Korean church in Japan impacted to love Asian people. 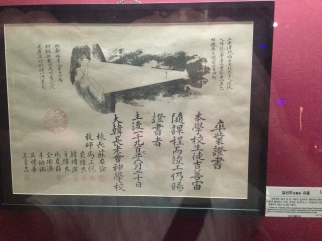 In 1999-2002, my wife and I attended a Korean church in Japan. The pastor was a missionary from Korea, and the congregation was more than 80% Korean people. Most of them came to Japan for work and study, and there were some Korean-Japanese people. We attended Japanese worship service as well as Korean service. People treated us very friendly, full of hospitality, yummy Korean food after the Sunday service. In the evening, the pastor took us his home and treated us dinner. It was an incredibly wonderful treat for someone college student like me.
I didn’t know why Korean people are so friendly to Japanese. I knew the history that Japanese occupation of Korea and their unimaginable evil deeds. In fact, there are still many individuals who hate Japanese people because of the past; forced to name Japanese name, use Japanese language, killed, burned, and forced to be comfort women, etc…
I had no idea why Korean churches love Japan and send so many missionaries to Japan for the salvation of Japanese people. They would curse Japan rather than love, at least knowing their relatives and loved ones were killed. Nevertheless, they love Japanese and serve for their salvation. What is wrong with that?

Well, this might be a privilege. Probably it’s both.

What are responsibility and privilege? It is to ask forgiveness. It is to make reconciliation, It is restoration. And it is a unity of Asia. Ultimately, it is to worship God with all of the tribes, all of the tongues, all of the nations in Asia and all nations.

This responsibility and privilege make me be a unique Japanese. And they make a great purpose of my life and ministry.